Sometimes when your system isn’t working it’s easy to tell, because there is no light on the inverter. You’re not exporting any power back to the grid.

However sometimes it’s not that easy, because the inverter is still on. But you don’t seem to be making enough power. What could it be?
Call us now on 1300 130 546

Some installations will not have fuse protection included in the arrays and disconnection boxes, However in some(especially for thin film panels) fuses will have been incorporated for panel protection.

DC fuses for solar systems are usually pretty good. However sometimes after lightning storms they have been known to fail or sometimes just because they can.

Now for the tricky bit – if you have three parallel strings of panels each with its own fuse and one fails, how would you know?

If you don’t monitor the systems output you would never know.  So this is why we recommend a system check-up once in a while.

There’s probably a fair investment of cash in your system, so you need to know it’s working to pay you back.

If you have a Kaneka or Solar Frontier panel system, this is very likely the reason your system is under-performing.

Effects of Shading on Solar Panels

Obvious really but in some instances customers have been told their panels are shade tolerant.  This isn’t really true.

Some panel technologies cope better with areas of shade.  However the reality is that if your system is shaded it won’t be working very well.

The reason for this is most solar panels are connected in strings linking each solar panel. If one of the panels is shaded the string voltage will drop.  The only real exception to this, is if you have micro inverters.

If you imagine a line of cars driving down a single track road, and the one at the front slows down, what happens?  The obvious answer is they all slow down, and it’s the same with solar panels. Try to avoid shading if at all possible.

If one panel in a string is affected by shade, then the losses are passed onto the rest of the panels.

To prevent all the panels failing completely, each panel usually includes bypass diodes.  These then reroute the current, bypassing the underperforming cells.

However, despite stopping the array from failing all together – it does restrict the energy from the cells.  This then lowers the entire strings voltage.

The simple fact of the matter is, no panel is shade tolerant to any great degree. Installing an expensive solar power system in an area that experiences a great deal of shade means the system’s performance will be extremely low.

If you have a system that is or has become shaded, and the panels can be moved, contact us and we will arrange this for you. 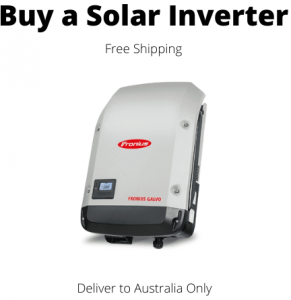